Every year in May, just before the summer comes to the full strength, the whole world commemorates the Skin Cancer Awareness Month to remind the public about the importance of sun-safe habits and regular check-ups of the skin. This year, at the European Cancer Patient Coalition we have launched our first awareness campaign on Merkel Cell Carcinoma (MCC) to raise awareness on this rare but extremely aggressive form of skin cancer known to have a 25 – 40% chance of recurring and spreading in two to three years after the first diagnosis.

MCC is 40 times rarer and three to five times more deadly than melanoma, with a 5-year survival rate of 50% - 76%, depending on how much the disease has metastasized. Given the rarity yet severity of this cancer, it is crucial to diagnose and initiate the treatment early and this might be challenging. Even though MCC usually appears on the skin surface, the diagnosis is not so straightforward as MCC is often misdiagnosed. Delays in detection lead to late diagnosis and treatment, such that recurrences are common and successful treatment outcome is difficult to achieve.

Antonella Cardone is the Director of the European Cancer Patient Coalition, which is the largest cancer patient...
Read Morechevron_right 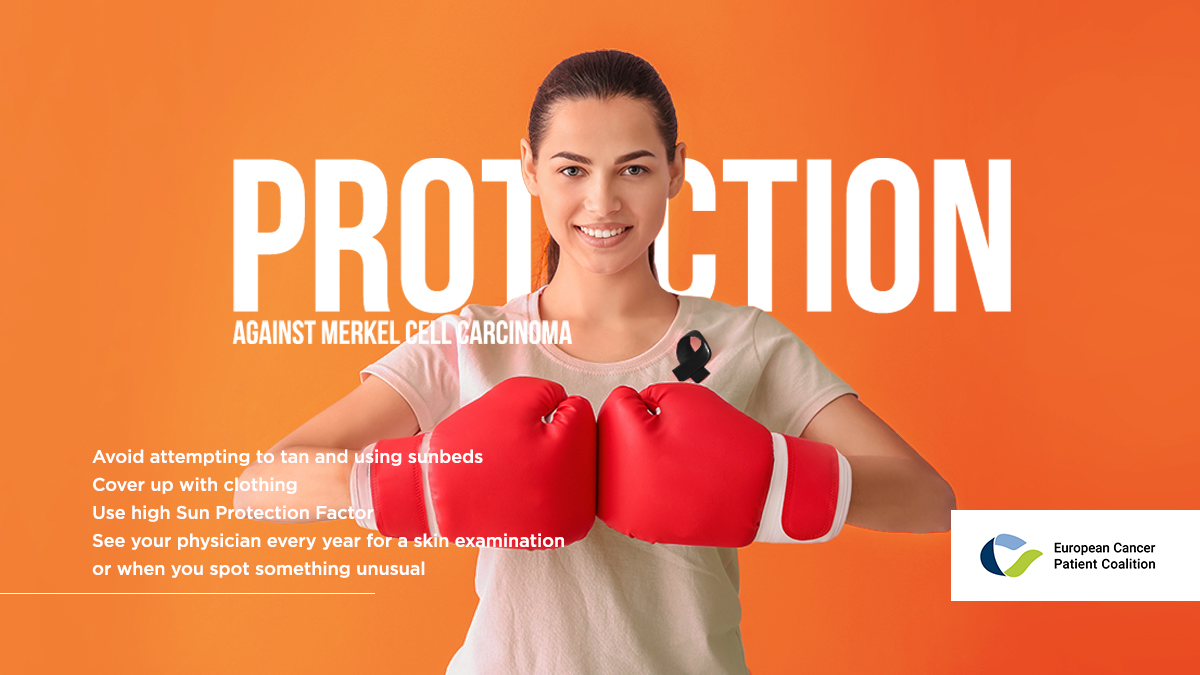 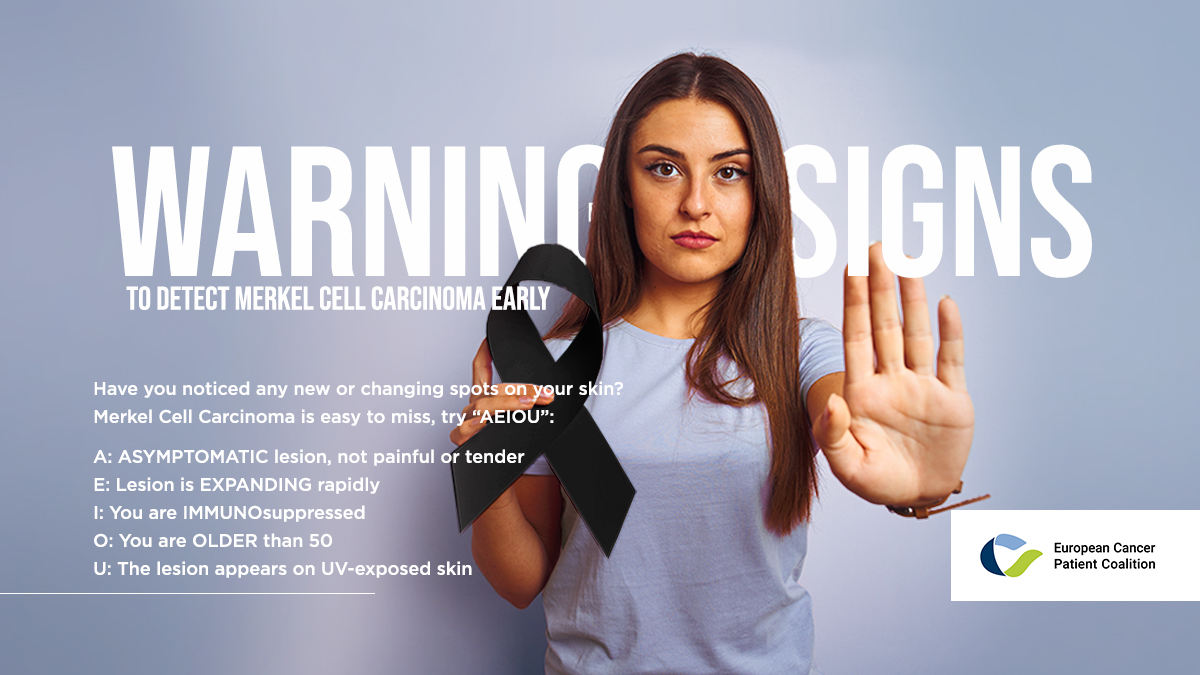 Early diagnosis is crucial to save lives, but many do not know the signs and risk factors of MCC. MCC presents itself as a red, purple, blue or pink raised lesion that is not painful neither tender. Those with fair skin, the over 50’s, immunosuppressed and those exposed to tanning beds or UV rays are most commonly at risk. Prevention can include avoiding tanning, using a high sun protection factor, staying in the shade and wearing long clothing. However, a good habit to establish, is checking yourself regularly for any changes.

MCC usually occurs on the sun-exposed areas such as face, neck, and ears but it is recommended to selfexamine the entire body once a month and see a dermatologist once a year. When identifying anything unusual it is important to contact a dermatologist immediately.

Prevention is much easier than a cure, please help us spreading awareness of this rare and aggressive disease to a wider audience. We hope you will join the campaign, whether you support us by re-sharing our posts on our social media (Twitter, Facebook, LinkedIn, Instagram) or you can create your own posts by personalizing our messages. If you are interested in content translation for disseminating at national level, we encourage you to visit our website. ECPC developed a brochure about MCC that was translated in 14 languages and is available online.
close
continue
/